So, we started our lil’ tour, by introducing Kalimantan Tengah in general. When was the province built, its nature, and also customs, such as marriage, childbirth, culinary.. She was asking why does the ricecakes were colored in red, green, and white.. Who’s gonna give the dowry in marriage and many more! Luckily, I still remembered the meaning of those colors, and couple things she asked. But of course, I was also helped by my Mom and the museum guide to get more details and explanation. Thank you so much 🙂

We also looked at other stuff, including war and art artifacts. Costumes, masks, weapons.. Some of them were real and been gotten by being granted, but some of them were renewed, too, as the real ones were already too old to be displayed.

She has visited another regency in Central Kalimantan before she came to Palangka Raya. So, she saw many things that had not been answered yet. Such as small houses in front of the main house, tall sculptures, and yellow flags. She was so curious about it all, showed me the pictures she got from there, and asked me some related questions. What is it called as, why it has to be in front of someone’s houses, and so on. She was astonished by some facts that I explained. About the death ritual in Hindu Kaharingan which is known as tiwah, sapundu, sandung, and all of the stuff related to. She was also impressed and interested in knowing more about Hinduism in Palangka Raya (not the Kaharingan one), as she also stayed in Solo for a while before she came here. Even she asked me where she could visit the Hindu temple in Palangka Raya.

After going around the first floor, we moved to the second floor where we could find more replicas of traditional housing and fishing system. The pictures of Gods and Goddesses were decorating the walls, as if we were stepping into the heaven.
At the end of the tour, she asked me the places where she could find traditional souvenirs, the Hindu temple, and also a department store where she could by some miscellaneous and having lunch. She also followed our Instagram, @centralborneoguide! Before we disparted, we took some pictures, and here is one of them 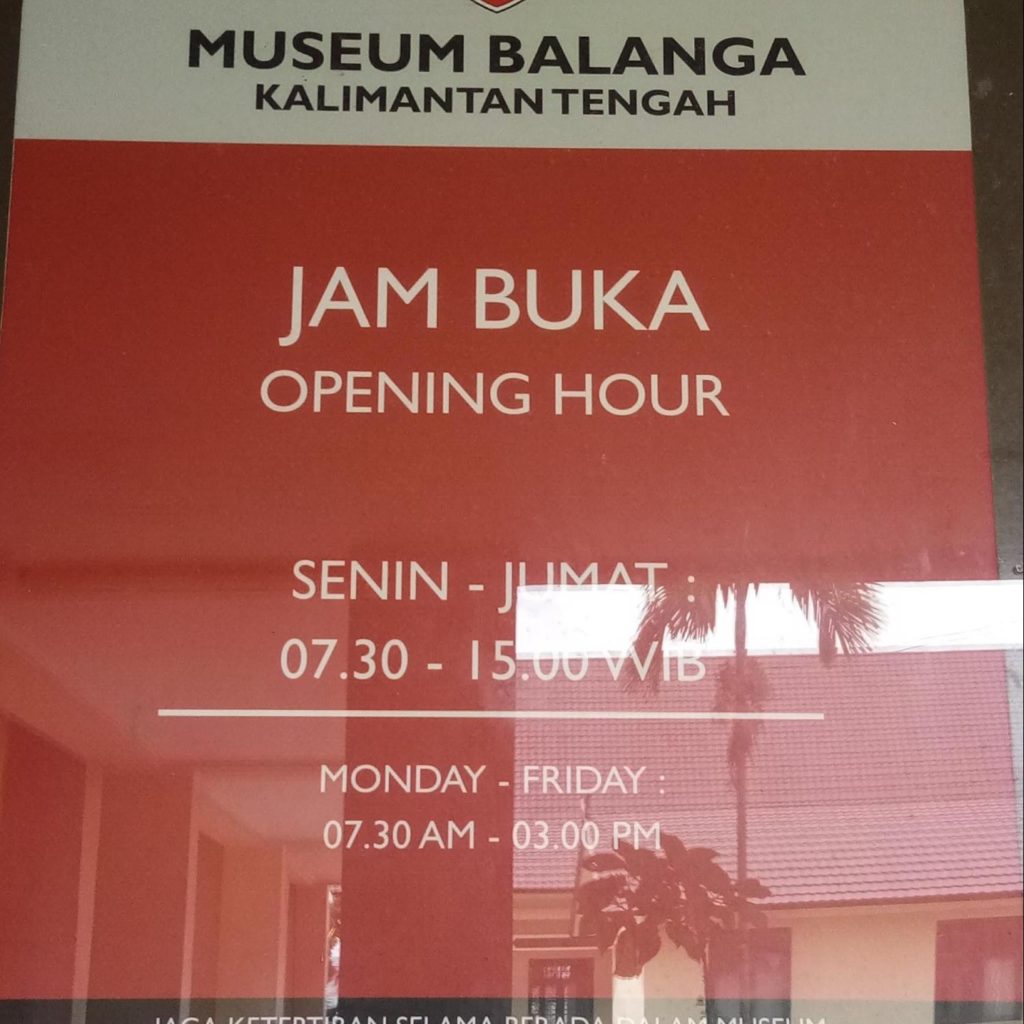 I’ve never thought it would turn like this, but that was amazing. Wherever and whenever you are, just get ready for being an impromptu tour guide 🙂

Ah, one more thing! For visiting the Museum Balanga, it is open from Monday to Friday, at 07.30 – 15.30, and the ticket price is 4.000 rupiah for domestic tourist and 20.000 rupiah for foreign tourist. And of you want to be guided by us, find us through our website and social media. See ya!

Based on personal Experience of the Author Sukma Suciati Photo by Sukma Suciati and Kristalia Juliana On a sunny Monday 23rd, I and my mother planned to go to Museum Balanga for my article materials, as it is the only public museum in Palangka Raya. We only wanted to look around the building, taking pictures,…

Author: Sukma Suciati Edit: Yun Pratiwi Video Director: Kristalia Juliana   “Cciit.. Cciaapp.. ” “Koak.. Koakkak.. Keak..” These are a few sounds of birds that I could catch from my ears in the rainforest. It’s so hard to mimic the sound of birds. They are Too beautiful, too pure, Too nature, Too irreplaceable. In early…

It was such a blissful night last Saturday (January 11), as it was the first official event for our company launching, or called as, “Central Borneo Guide x ValV: Collaborative Launching.” What was it all about? Please keep reading! We, Central Borneo Guide, was primarily just a usual one-two person (or exactly students) local tour…